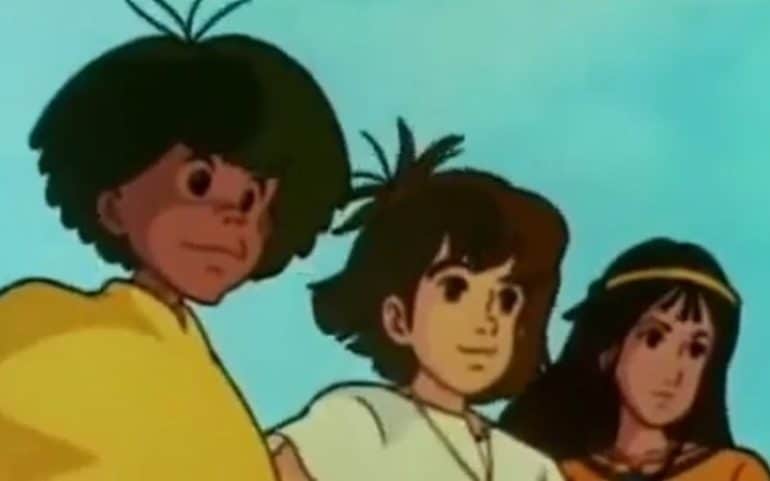 Classic Cartoons You Should Revisit: The Mysterious Cities Of Gold

By Matt Tilke
In Television
on September 3, 20182 min read

The 1980’s were a golden era for kids shows, many of them were intelligently written and didn’t talk down to their audience, The Mysterious Cities of Gold falls into that category.

The original 39 episode Anime series was set in the 16th century and followed a young boy named Esteban as he searched for his father who had travelled to the Americas in search for the fabled Seven Cities of Gold.

He joins a navigator called Mendoza and his crew mates Sancho and Pedro as well as a kidnapped Inca girl named Zia and Tao who was believed to be the last remaining descendant of the Mu Empire.

Mendoza eventually turns on Esteban and his young friends who are being followed by a ruthless group of Spanish soldiers led by Gomez and Gaspard. They are genuinely cruel in their pursuit of the children and Mendoza’s loyalty often switches as his greed takes over.

Their travels are perilous and unlike modern children’s shows, each episode was the next chapter in the story as opposed to being just random stories.

As well as the historical elements the show also contained several more Sci-Fi moments where they utilise ancient machines and powerful relics. These include the awesome Golden Condor, a flying machine powered by the sun, and the Solaris a solar powered ship.

During their travels, they encounter ancient civilisations such as the Mayans, Incas and Olmecs. These encounters often turn bloody and violent, especially when Gomez and Gaspard get involved and they bear witness to ritual sacrifice and religious ceremonies that would never be allowed in shows today.

The Mysterious Cities of Gold is one of those shows that is just as good when you re-watch it now as it was when you were young. It’s thoroughly gripping and you really want to learn more about the characters and the history that the story is set in.

As well as the awesome story each episode has a live-action segment at the end that tells of the real people or historical events that inspired that particular episode. This just adds to your intrigue and was very unusual for the time.

Of course, we can’t talk about The Mysterious Cities of Gold and ignore the theme tune.

The 80’s are littered with amazing kids TV theme tunes and this is up there with the very best. Full of the awe and wonder that the show creates it’s an epic piece of music that will be stuck in your head for days after you hear it again.

Don’t believe us? Here it is, judge for yourself.

Can you still watch The Mysterious Cities of Gold anywhere?

Thankfully The Mysterious Cities of Gold has been released in its entirety on DVD so you can go back and watch it all over again. It’s not available on Netflix but it would be great if it was.

Are there more series of The Mysterious Cities of Gold?

A second season was produced in 2012 which is available on BluRay and a Third season is currently in production!

The Mysterious Cities of Gold is one of the all-time classics and fully deserves your time and attention.

What were your favourite bits about the Mysterious Cities of Gold? Why not join in the discussion and let us know in the comments.

Up Next: Take a look back at the classic cartoon from the 90’s. The Dreamstone.