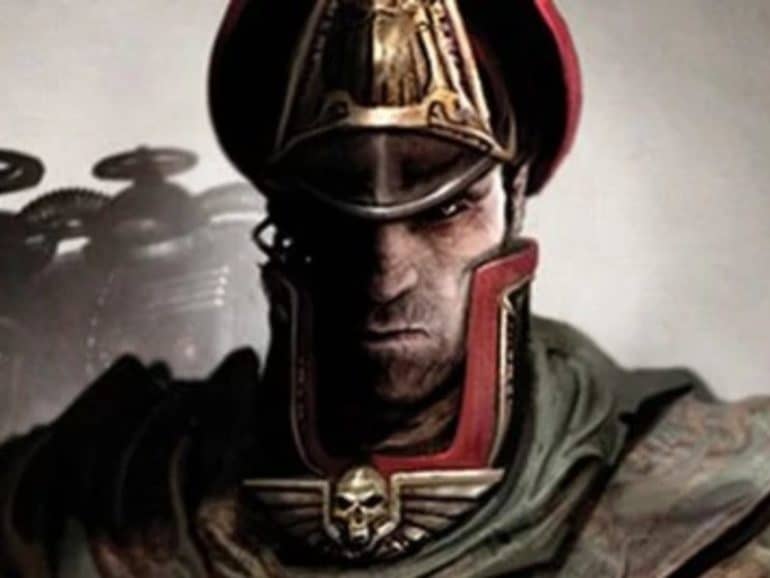 Awesome TV Series That Should be Made – Gaunts Ghosts

A lot has been made of the power of particular fan-bases recently, and the results that can be generated by concerted effort and loyalty.

The Preacher T.V series has been prayed and lobbied for for years, and more recently the grinding efforts of relatively few Judge Dredd fans has yielded an amazing response from the parent company, computer game producer Rebellion, who have ‘done a Marvel’ and set up their own studio for the production. Marvel is exactly the right word for those of us who thought it’d never happen, heralding exciting times for comic book fans!

So this ‘fan-power’ phenomenon has got me thinking; if the producers and money men are finally listening to the punters, what other utterly brilliant franchises could we ask for?
Number one on my all-time wish-list would be the astoundingly good Gaunts Ghosts.

Set in the framework of the Warhammer 40,000 universe, this is a dystopian vision of millions of colonised worlds in the far future, a never-ending war against immensely powerful chaotic gods and the corrupted human forces they have influenced. A dizzyingly complex and powerful backdrop, against which the story of our heroes is set. The books follow the fortunes of a regiment of the Imperial Guard (which is a vast army made up of levies from colony worlds whose populations are numerous enough.)

Tanith was to muster three regiments for the never-ending crusade. Heading up the first was Colonel-Commissar Ibram Gaunt, a rare type of officer in the Imperial army. He was a favoured subordinate of the Imperial Warmaster Slaydo, the once simply Commissar Gaunt was given the unusual distinction of a regimental command rank by the Warmaster on his deathbed.

Gaunt was to assume command of three Imperial Guard regiments drawn from the backwoods world of Tanith, but terrible tragedy during their Founding (a splinter of the main chaos fleet attacked and conquered six planets, one of which was Tanith, on the eve of the Guard regiments inception. The planet was utterly destroyed) resulted in his instead commanding the remains of one, ragtag, ill-disciplined, under-equipped and under-officered regiment of survivors.

Gaunt would go on to turn this unlikely prospect into one of the most notable and successful regiments that served during the Sabbat Worlds Crusade, personally leading them in a number of different war zones.

Because only the one regiment survived, they are known as the Tanith First-and-Only or Gaunts Ghosts. It is a recon specialist regiment, and every trooper has an innate, almost supernatural sense of direction. There is also an inner cadre, the elite scouts of the outfit that can blend seamlessly into any environment and possesses almost perfect stealth capabilities.  Those are the facts, the bones of the story if you will. Where their chronicle elevates into the exquisite is in the realisation of the characters, and the terrible, awful poignancy of the realities of war.

Each and every soldier is an interesting, very well realised and vibrant character in their own right. They are all bright, distinct and engaging. They also fight like rabid demons, with a profound and unrelenting fury due to the fact of their beloved homeworld having been destroyed by the forces of Chaos.

They are viewed with either disdain or outright hostility by other regiments and higher ranking officers, possibly because there are not enough of them to form a brigade and they have a perceived ‘touch of chaos’ to them, no-one quite knows what to do with them. Because of this, and other political factors, they are given increasingly impossible missions and deployments. Seen as an embarrassment to the glory of the Emperor. Sometimes literally given suicide missions or abandoned intentionally in the face of massive counter-offensives from the enemy.

But here’s the thing: They win. Consistently. Against all the odds and at a huge cost, but they win. Superb fighters, they are drilled to perfection by their Commissar, their unique skill set allowing them to achieve objectives considered impossible to the rank-and-file, and they never, ever break. They are magnificent, in short, and sell their lives very dearly indeed. They are only human, in the final analysis though, and every single man that falls is a loss keenly felt. It is a lessening of their gene pool, another nail in the coffin of Tanith.

There are a wealth of stories to draw from, and over time they absorb other left-over elements from other regiments, and all of the plot-lines without fail are utterly gripping. There isn’t one dud in the whole series. If this was done right, it could well be the greatest combat T.V series ever produced, for my money at least.