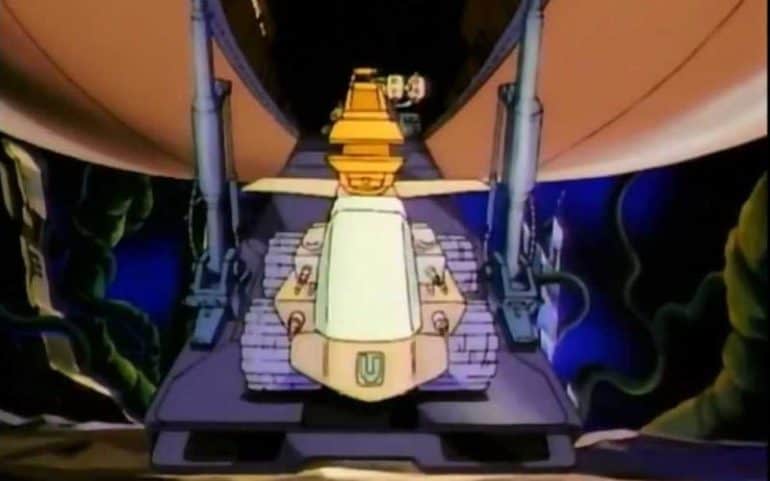 Classic Cartoons You Should Revisit: Jayce And The Wheeled Warriors

By Matt Tilke
In Television
on November 8, 20183 min read

In the pantheon of classic 80’s cartoons, there are many epic shows to remember but one of the best was Jayce and the Wheeled Warriors.

All of these things turned out to be the perfect recipe for a genuinely epic cartoon that would have us all hooked for years to come.

So what was it all about?

Jayce and the Wheeled Warriors told the story of Jayce, obviously, a teenager whose father Audric has gone missing. He is a member of the Lightning League, a crime-fighting force tasked with fighting the evil Monster Minds who threaten the Galaxy.

Flora, a being created by Auric and Gillian who can communicate with plants and sense the Monster Minds. Oon, an eternal squire who serves Jayce. Herc Stormsailor, a mercenary and former pirate who owns the ship they all travel on. Brock, a flying fish and the Zoggies who were three robot dogs that constantly chased Oon around.

Now the coolest thing about Jayce and the Wheeled Warriors had to be the awesome vehicles they all drove.

Jayce could control all of the Lighting Leagues vehicles with his mind and they could be programmed to work together. That in itself was seriously cool and pretty futuristic for the time. All the vehicles could also be driven by any member of the league.

All the Lightning Leagues vehicles were Silver and had different weaponry.

Some of the cooler vehicles were the Armed Force which had a Gold grappling hook, the Quickdraw which had spiked wheels for digging and the Spike Trike which was seriously fast.

The most iconic of the lightning Leagues vehicles had to be the insane Trailblazer. For those that remember the Trailblazer was a huge robotic walker that could carry the other vehicles while smashing through the Monster Minds. It was crazy and it rocked.

Jayce’s father Audric disappeared after one of his experiments was destroyed by an exploding star. The experiment was to create a new plant that would end starvation in the Galaxy but due to the explosion, it created the Monster Minds.

Whilst the Lightning League has cool vehicles the Monster minds were another level. They actually were vehicles, organic vehicles that could be spawned on command as they were “born” out of plants.

Not only were they unique but they looked incredible.

Perhaps the most recognisable were the Saw Troopers which had rotating buzzsaws. There were also Beast Troopers which were huge four-legged vehicles with claws, Drill Vines which flew and could burrow into vehicles before unleashing vines. All of the Monster minds vehicles were cool and to be honest we often just watched to see them.

An adventure without an end

Ultimately Jayce’s quest to find his father had an ulterior motive. Audric had created a special root that could destroy the Monster Minds once and for all.

The sad thing about Jayce was that the series was canceled after 65 episodes and before we ever got an ending so we’ll never know if Jayce found his father or if the Monster Minds took control of the universe. Alas, thanks to dwindling toy sales, which is how kids shows were rated back in the day, it wasn’t to be.

Jayce and the Wheeled Warriors the Movie

A Movie was apparently written that would end the series and give it a proper ending but it never saw the light of day which is a real shame. Now if those scripts were still in existence we’re sure someone like Netflix could commission a final mini-series or a one-off movie, surely?

What are your memories of Jayce and the Wheeled Warriors? Did you own any of the toys? Let us know in the comments.

If you love 80’s cartoons why not check out Classic Cartoons You Should Check Out: The Mysterious Cities Of Gold