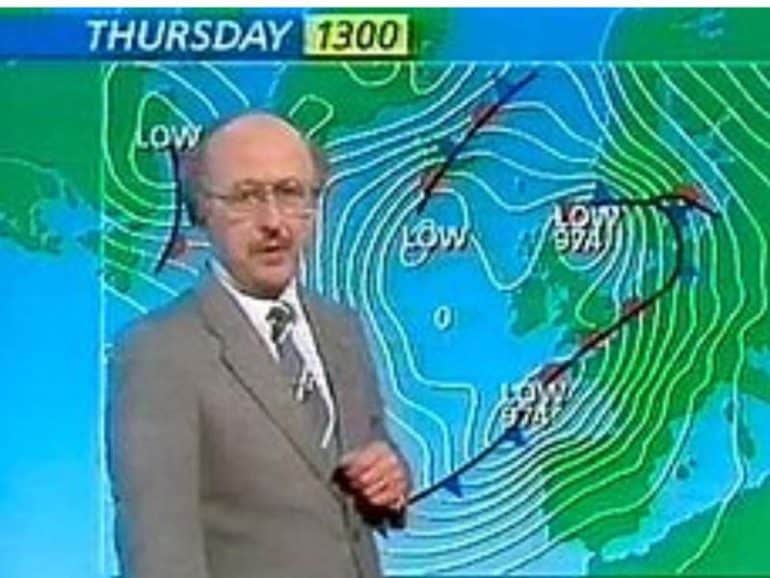 The Great Storm of  1987 did billions of pounds worth of damage, ravaging England and changing the face of it forever, but for me it was a magical morning of wonder and rediscovery.

The weather forecast had been fairly typical for the South of England in October: overcast and rainy with a bit of wind, but nothing out of the ordinary.

So when I awoke at six in the morning the next day I was unprepared for the carnage I found.

The Paper Round after the Great Storm of 1987

Being as I was eleven at the time, I had a paper round (I actually did two, back-to-back, because I was a hardcore paperboy) and it was pretty gusty outside when my alarm went off.

I’m a heavy sleeper (you can literally punch me or roll me off the bed and I don’t wake up) so I had no clue just how fierce the wind had been (The maximum gust recorded was a furious 115 m.p.h!)

The average wind speed in my area was 85 m.p.h, blowing for five hours continuously). As was my habit I had a look out of my window on the top floor of an end-of-row sweet shop on a commercial road, and immediately spotted a bin through a shop window across the road. 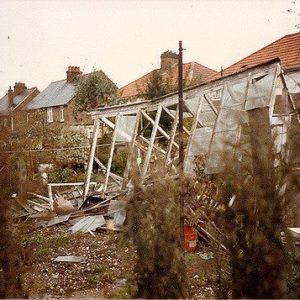 This wasn’t so unusual where I lived, in a rough part of a seaside town, but what was a lot more unusual was the car on its side next to it. For the first time in my life (and, sadly, the last) I was genuinely excited to go to work.

Arriving at the Newsagents

I got to the paper shop without seeing anything too odd (it was only round the corner), another smashed shop window and a huge amount of rubbish dancing in the stepped alley-way between the two roads.

As I was preparing my round, I mentioned what I’d seen to the owner. I’ll never forget his response;

‘Don’t be so bloody stupid, it’s nothing. The papers got through didn’t they? Now hurry up, people want their paper with their cornflakes’, his accent had a way of making everything sound fun.

It wasn’t until I neared the start of my first round that things got more interesting.

A tree had come down directly on a phone box and broken across it, but the phone box had only bent about thirty degrees, the little glass windows down one side were cracked (but not shattered, probably because it was an old red one, I’m pretty sure one of them could withstand a bomb blast) and it looked exactly as if the phone box was bending down to help the stricken tree at it’s feet. 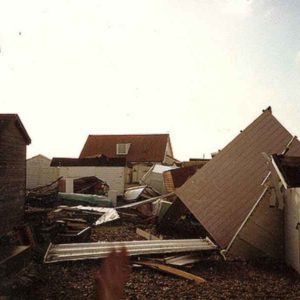 I found this quite funny, and was grinning away as I crossed the road to the tree-lined alley that led up to my first delivery.

This alley was completely blocked as every single tree along it had been blown over (It’s been estimated that 15 million trees were blown over and lost during the storm, including several oak trees that were over a thousand years old).

After a quick look I discerned a path whereby I could climb along branches and trunks, it not even crossing my mind to go the long way round.

‘Adventure!’ I thought, and off I went.

Ten minutes later I emerged from the alley (that should have taken me one minute to walk up) and saw that the other half of the trees that I had just climbed over were obscuring the back garden flat that I had to deliver to.

I had to climb back over the same trees to do so, albeit a different part of those same trees.