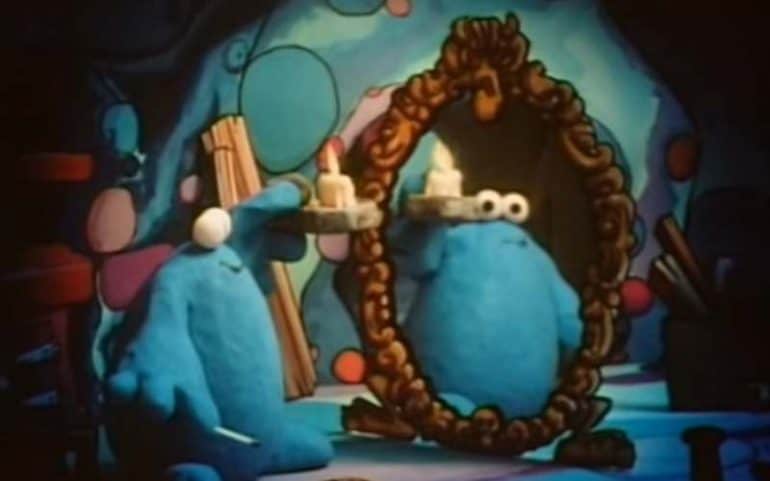 The Trap Door – Looking Back at The Classic Kids TV Series

Oh Globbits! We look at a lot of classic kids TV and cartoons here on Retroheadz but The Trap Door might well be the most loved of them all, frankly we can’t believe we’ve not covered it already.

How Many Episodes of The Trap Door Were There?

The Trap Door came to our screens in 1986 on ITV and struck an instant chord with the kids at the time.

It ran for 25 episodes and that was it until 1990 when a second series was commissioned and a further 15 episodes were produced.

Those of us who watched it as children will likely remember every detail as it really was essential viewing. For those who don’t remember it or who perhaps missed out let’s take a look at what it was all about.

What Was The Trap Door All About?

The Trap Door was a stop motion animation created by Terry Brain and Charlie Mills. Each episode was only around four minutes long and revolved around two central characters and the aforementioned Trap Door.

It was set in a castle which was owned by a monster referred to as The Thing Upstairs and focused on the creatures bumbling servant.

That servant was Berk, a round blue creature that carried out mundane tasks for the Thing upstairs which mainly involved getting his dinner ready.

He would usually be gathering ingredients like mud, worms or eye balls for these dinners when he would get the bright idea to open the Trap Door.

This was almost always a bad idea as would be pointed out by his friend Boni.

Boni was a Human Skull with a posh English accent that was terrified of everything. He would spend most of his time warning berk about the trap door, usually to be ignored.

As well as Boni, Berk also had a pet called Drutt which looked like a giant spider. Drutt would usually be creating havoc as it chased worms around, usually knocking over Berk or Boni whilst opening the trap door by mistake.

The Thing Upstairs is the master of the castle and is never seen.

You will often hear him shout a Berk to do various tasks or to hurry up with his dinner though and on a few occasions he is described by Berk.

He is a seriously grumpy character with no patience and by the sounds of Berk’s descriptions you wouldn’t want to annoy him too much.