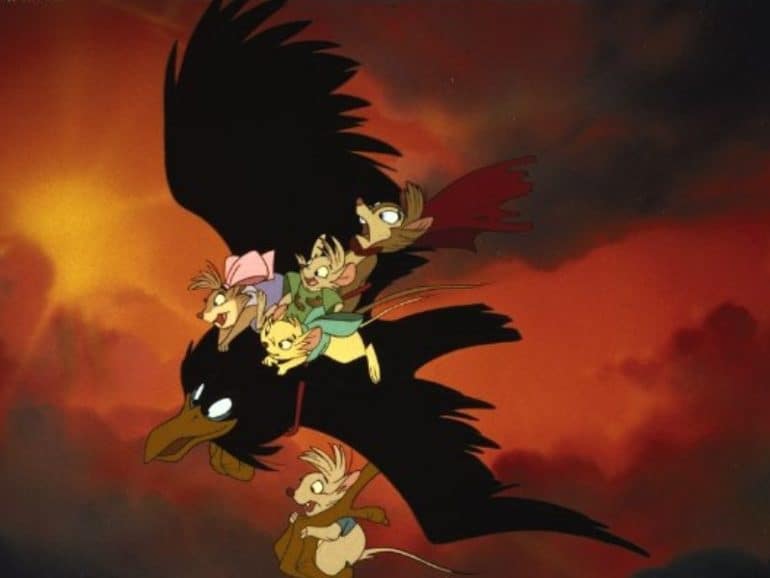 Looking Back at the Classic Secret of NIMH

The Secret of NIMH has a very unique storyline for a feature length animated cartoon, so it goes.. What if a group of animals being tested in a laboratory were injected with an experimental drug that could make them as intelligent as humans?

Animals have been smart in movies for you and are nearly always personified, but not once has that animal realised its own intelligence and have a problem with being the animal they are.

The animators who made The Secret of NIMH were previously Walt Disney Studio employees and were the younger generation ready to replace the old.

However mid-way through producing The Fox and the Hound in 1981 they all left. They then decided to open up their own shop at MGM.

They wanted to continue making their films in the old Disney way. The major difference between the traditional and modern Disney animation is most recognisably in the body movement and backgrounds. Don Bluth and the younger generation wanted their characters to have a lot of body language and backgrounds that were meticulous  and compelling, not monotonous background.

The younger generation did succeed in The Secret of NIMH by producing the amazing detail of the standard you would see in a Disney classic. The Secret of NIMH is clean cut and intriguing, showing you the world from a rodents view.

The story does start off to be a little confusing however a flashback clears most of the details up and then the adventure begins.

We her about the group of mice and rats being injected with a mysterious potion in a laboratory, they rapidly become so smart that they break free from “NIMH” and start their own community.

Which is where the first dilemma comes into place, should the rodents continue to steal grains, supplies and electricity off of the neighbourhood people or should they go further into the wilderness to establish a new civilization?

The emotional attachment isn’t great as there are so many characters involved with a lot of problems to overcome, that there is no one in particular to strongly connect with.

The Secret of NIMH was a success thanks to the younger generations artistic ways. It is pleasant to watch, moves fluidly and has an intriguing storyline. The Disney tradition was definitely bought back to life however the story line, although interesting, lacked the Disney magic.

However for sheer nostalgia, it worth watching or just having around in your DVD collection as it will take you back to simpler you and that’s always a good thing.

Up Next: Looking back at another family classic, Monsters Inc.