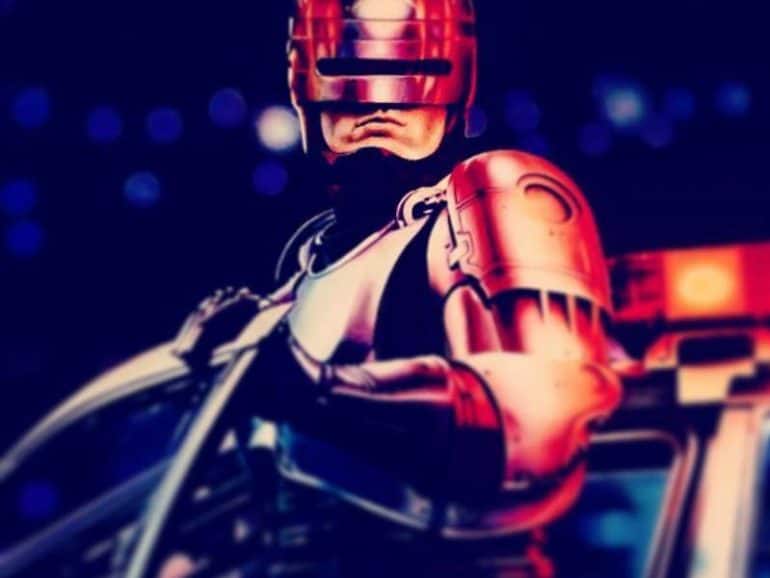 Greatest Movies of The 80’s: Robocop

In the great Pantheon of popular culture certain influences, fads and films give more structure, lend more weight and contribute more (or less) definitively to the overall flavour of a time.

One such ‘defining’ influence is the cinematic genius that is Paul Verhoeven’s Robocop.

It is rare indeed to find a movie that could be said to be more ‘of it’s time’, and in this case that time was the 80’s.

Robocop bears all the hallmarks of Verhoeven’s other sci-fi classics, Total Recall (not quite an 80’s film, it was just on the cusp of 1990) and Starship Troopers.

All three are fantastic romps, full of brutal violence, the blackest of dark humour, morality (albeit twisted) and, of course, the insane TV adverts like these;

Made in 86’ on a budget of $13 million, Robocop made $53.4 million on its initial North American run, coupled with an additional $24 million from rentals.

A healthy return for the studio in financial terms.

Far greater though, in terms of longevity at least, is the fact that Verhoeven made something so iconic, that actually pushed back the boundaries of what was acceptable.

Maybe this is reflected in the fact that he had to send Robocop back to the censors a staggering twelve times before it was reduced from X-rated to an R, allowing it to be released to a much broader audience across America.

Peter Weller puts in a brilliant performance in the titular role, managing to convey Murphy’s  humanity and humour even through the constraints of the script and the layers of prosthetics and make-up.

The support cast is excellent throughout also.

There is a frenzy to the whole thing, though.

With the chaotic T.V ads seeming to mirror the insanity in the future dystopia, there is a wild-west kind of vibe where life is cheap and lawlessness prevails.

Enter the Sheriff, come to clean up the badlands in a whirlwind of bad puns and chrome.

Robocop literally is the badge, come to think of it, and the moral outcome is realised in a dodgy and roundabout fashion: Baddies get theirs.

All in all, Robocop is entirely justified in enjoying its cult status, and in time I hope to see it become a beloved Christmas film like Die Hard is, faithfully trotted out every year by all the major networks.

What’s your favourite line from Robocop? Hit us with them in the comments below and tell us why you love this classic movie so much!