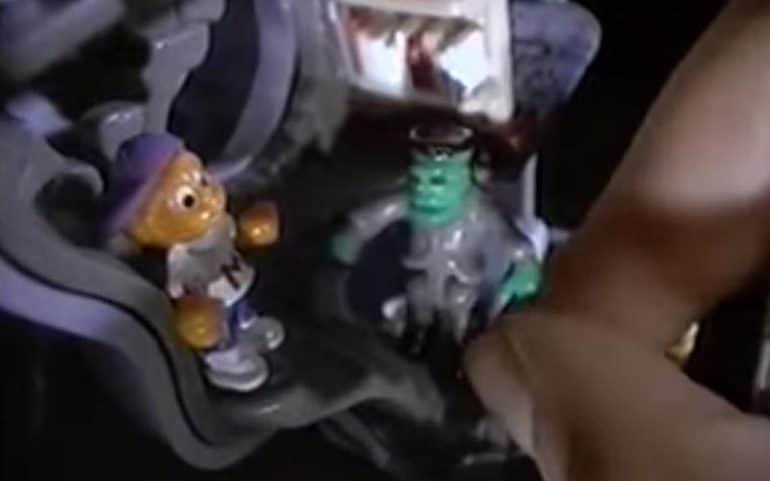 Monster In My Pocket

Monster in my Pocket were small dayglow monster figures that were ridiculously collectible.

Once you had the addiction that was it you just had to get them all.

Starting in 1989 there were eventually eleven series of Monsters released with over 200 figures in total.

One of the things that made them so collectible was that each monster could come in a range of colours so just having one of each wasn’t an option you had to have them in each colour as well.

Just in case you hadn’t become addicted to them already they were also free gifts in boxes of Kellogg’s Frosties in 1992 which really turned it into a playground craze.

Pogs became a real playground obsession in the mid 90’s as the UK became obsessed with the game.

Pogs were originally known as Milk Caps and started out life in Hawaii. They became popular after a Canadian company known as The World POG Federation started producing their brand of caps.

The game saw kids collecting round cards with various designs on.

These would be piled on top of each other and then each player would take it in turns to throw a heavy disc called a slammer at the pile.

Any that turned over to reveal their design them belonged to that player.

As you probably remember, this lead to more than a few arguments as kids squabbled about the rules or dodgy modified slammers.

As with all great collectible cards Pogs had some great holographic shinys that were always the most sought after.

So that brings us to the end of our look back at the collectibles we all had a school.

Whether it was Pokémon Cards, Ring Raiders or Mighty Max we will never forget the excitement of getting a new pack and as we’ve got older we can now appreciate how much money our parents had to fork out for these things.

What did you collect and what crazes swept your school? Let us know in the comments and join in the chat.