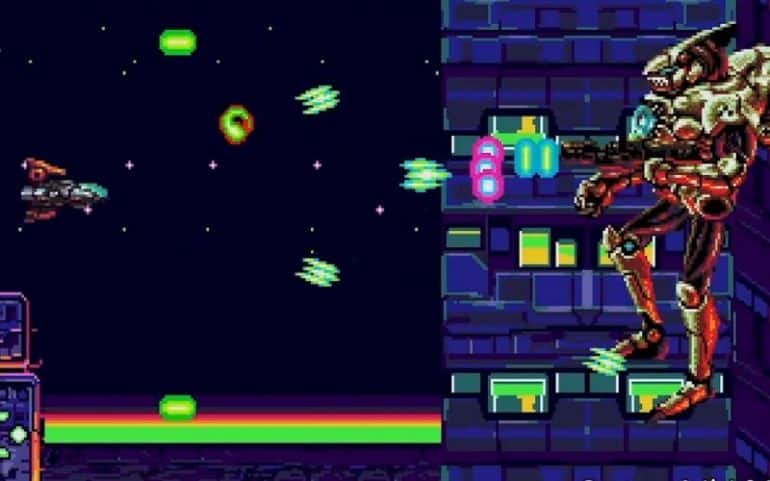 The Sega Megadrive/Genesis was home to some epic shoot ’em ups back in the day with the likes of Hellfire, Thunderforce 4, Zero Wing and Truxton among many.

The reflex heavy, high score attaining genre has declined in popularity since the 3D era began, although there have been some notable releases on various systems since then.

The brand new game for the Megadrive is called ZPF looks like its pushing the old Sega machine to its limits.

ZPF is being developed by ZPF Team and will be published by US based Mega Cat Games and boasts some super slick graphics, a rocking soundtrack and huge bosses that take up most of the screen.

The game boasts three different characters/ships to choose, digitised speech and there will be a Megadrive and Genesis boxed versions once its ready to go.

Want to see what all the hype is about? Check out how good this looks!

When is ZPF Coming Out?

We’ll keep you posted as to when the game is expected to come out.

As with all new Megadrive games these are clearly labours of love and with ZPF you can clearly see that a lot of time and effort (and programming tricks) have gone in to this game and if the devs need more time to make it amazing then so be it.

However, we can’t wait to play ZPF can you?