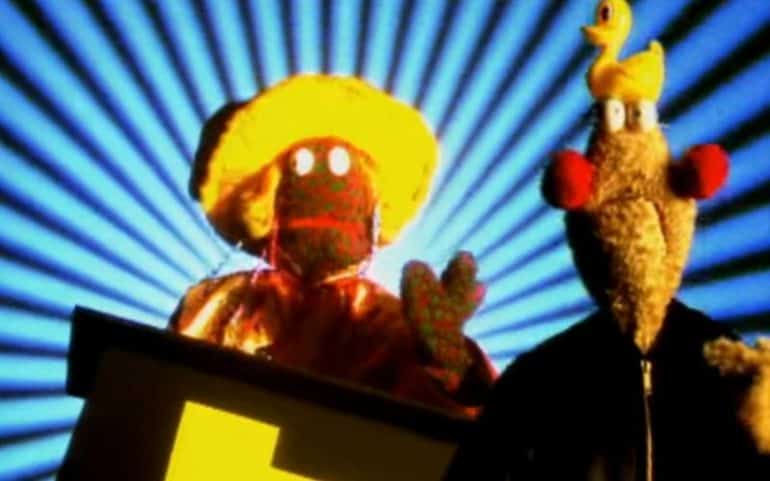 Now it might be a bit unfair to include this one as it was written by Hardcore Rave pioneer Luna-C aka Cru-L-T but it hit the charts for the same reason as the others.

Fusing the sounds of Hardcore with a much loved kids show like Sesame Street may seem old hack now but at the time it was practically unheard of.

It also generated a decent amount of controversy thanks to the drug references in the title being fused with a kids programme but that only helped it’s popularity.

Ultimately this is a quality Hardcore tune which happens to sample Sesame Street.

It peaked at number 2 in the UK Charts.

The Simpsons have gone on to become household names around the world but in 1991 they were still on their meteoric rise to the top.

To aid this rise they cashed in and released a number of Bart Simpson singles and an album.

This worked wonders as Bart’s rap style earned them two UK hit singles, Deep Deep Trouble and their biggest hit Do The Bartman.

It certainly helped that the track was written and produced by Michael Jackson and Bryan Loren, it even featured the former King of Pop on backing vocals.

Do the Bartman was a worldwide smash that reached number 1 in the UK in January 1991.

We certainly hope you’ve enjoyed our roundup of some of the best Novelty tunes and records of the ‘90s.

There were plenty more so why not let us know your favourites?