Have you seen our roundup of the Hilliarious actors that have made cameos in the much loved 90’s American series Friends.

Now time to check out which actresses also got to be part of the show and what part they played along side Monica, Chandler, Ross, Rachel, Joey and Phoebe.

Julia Roberts plays Susie Moss, an old classmate of Chandler’s that he bumps into in ‘The One After the Superbowl Part 2’. Chandler humiliated Susie at school which ended up with her having the nickname ‘Susie Underpants’, however she soon gets her own back on the cheeky chap by asking him to wear her ‘panties’ out to dinner. After asking him to get undressed in the toilet so she can see them she steals his clothes so a nude Mr Bing has to walk through the packed restaurant trying to hide his modesty. 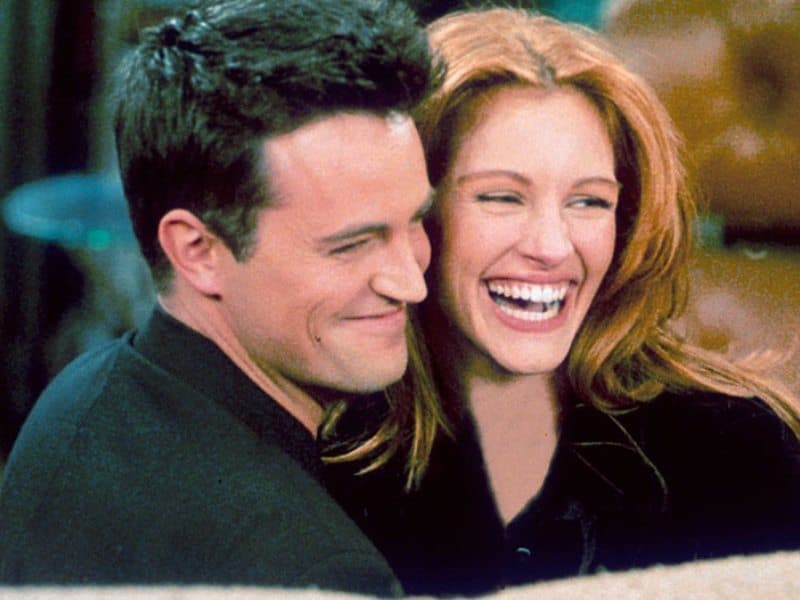 With Joey now playing Dr Drake Romoray in the soap opera Days of Our Lives, he receives some fan male from a crazy stalker fan in ‘The One After the Superbowl Part 1’. Ericka show’s up at Joey and Chandlers apartment to meet the ‘famous’ doctor. With Joey surprised at how good looking the crazy women is, he agrees to go on a date with her during which it soon becomes apparent to how deluded Erika actually is. 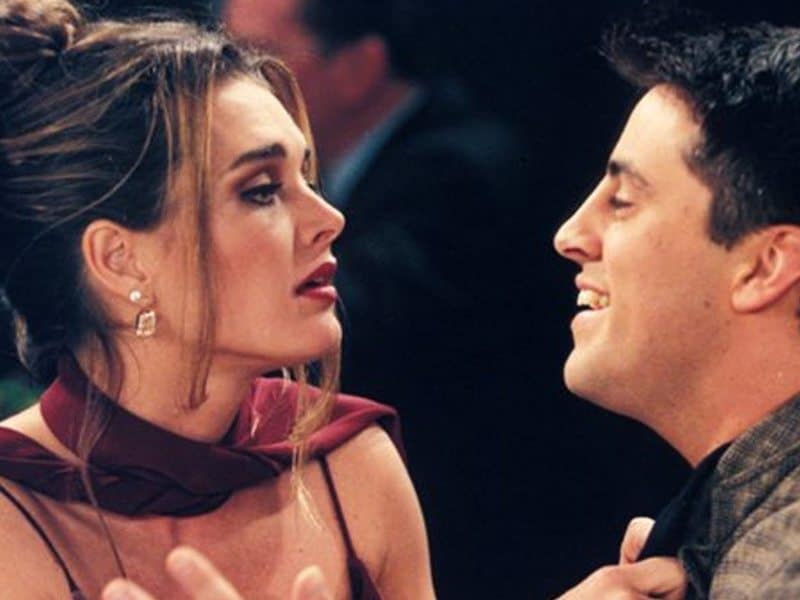 Helen hunt has a brief cameo in ‘The One With Two Parts’. She appears in the episode as her character Jamie from ‘Mad About You’ who mistakes Phoebe for her twin sister Ursula in Central Perk. 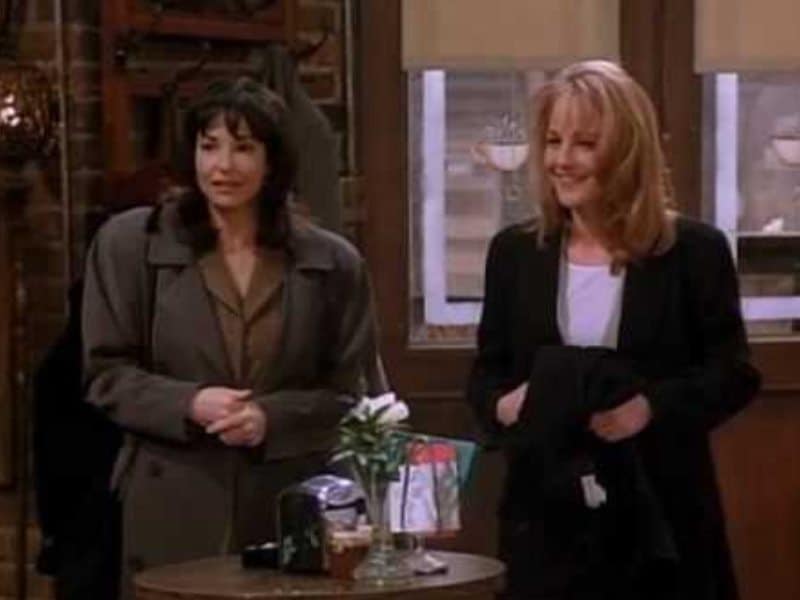